How I Became an Evidentia User

I want to start my first post here by saying that I am in no way an Evidentia Expert.

I have been using Evidentia for about 7 months, and like many of you, I am still learning the ins and outs of the software.

However, I know that many of you out there are Evidentia Experts, so I invite you to offer your tips and suggestions so we can all learn together. 🙂

Here is my story of how – and why – I became an Evidentia user.

A few months ago, I pulled a genealogy all-nighter. After 25+ years of searching, I was determined to find the parents of my great-great grandmother Nellie (Coyne) Delaney.

Now, Nellie is not what you would call a “brick wall.” Nellie is a ghost. Nellie lived a short life and left so few documents behind that it is almost as if she never lived. In fact, I have often joked that this branch of the family must have been called back to The Mother Ship because they appeared, and then vanished, with barely a trace.

Pulling out my research binder, I began reviewing the few sources I already had for Nellie. I paused at a newspaper article from The (Lincoln, Nebraska) Evening News1 which I had found about 8 years ago, and had used as evidence of Nellie’s marriage to Dennis Delaney.

I read – and re-read – the article several times over before it hit me: in the middle of the page, plain as day, was the name of Nellie’s brother.

It was a classic “duh” moment.

How on Earth had I missed this vital piece of evidence?

The truth is that I hadn’t missed it. I just didn’t know what to do with the information at the time.

Why? Because there was no Henry King in my genealogy database.

Who was he? Was he a brother? A half-brother? Was this an error on the newspaper’s part? Was there another Nellie Coin?

I had no idea.

So I recorded the evidence of Nellie’s marriage, filed the source away in my binder… and then forgot all about it.

Had I properly interpreted the information when I found it, YEARS might have been shaved off of solving my research question.

I decided that there must be a better way.

After doing a little software research and chatting up a few genealogy colleagues, I decided to give Evidentia a try.

I documented the newspaper article as a source, and in the interest of being thorough, extracted ALL of the claims that could potentially be useful in the future. Did I miss anything?

Since my research question at this time is “Who are the parents of Nellie Coin/Coyne,” I am focused on the top claim, that “Henry King is Nellie Coin’s brother.”

You might notice that I added a custom claim type of “sibling” when tagging the subjects. I did this because I couldn’t think of any other way to tie the subjects together using this one piece of evidence. Plus, it will be easier to find the information again in a research report.

After evaluating and analyzing the evidence from this newspaper article, I came up with a summary conclusion:

“Based on this one piece of evidence ONLY, Nellie Coin and Henry King could be half siblings if Nellie’s mother had divorced or been widowed, or full siblings if Nellie had been married prior to marrying Dennis Delaney. More evidence is necessary in order to determine the specific relationship between Nellie Coin and Henry King, and to find Nellie’s parents.”

So if Coin/Coyne was not Nellie’s maiden name, and she had previously been married to a man with the surname Coin/Coyne, she and Henry could potentially be full siblings.

If Coin/Coyne was Nellie’s maiden name, then she and Henry could be half-siblings, assuming that her mother was widowed/divorced, remarried a man with the surname King, and then had a son named Henry.

And this all hinges on the assumption that this article is about my Nellie.

Of course, there could be other, more complicated possibilities. But I am wagering on one of these two as my working hypothesis.

Next time, I will add more evidence to see if I can build on the relationship between Nellie and Henry, and work towards finding her parents. 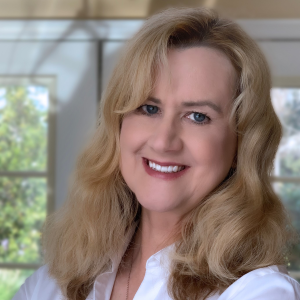 Because you work hard for your research.

We are so excited that you decided to give Evidentia a try!

We just need a little information
and your FREE TRIAL will be on its way.

You can unsubscribe at any time by clicking the link in the footer of our emails. For information about our privacy practices, please visit our website.

We use Mailchimp as our marketing platform. By clicking above to subscribe, you acknowledge that your information will be transferred to Mailchimp for processing.